The event was held at sports and leisure operator Everyone Active’s Westminster Lodge Leisure Centre, in St Albans, and marked the beginning of an exciting new partnership between sister company Becky Adlington's SwimStars and Everyone Active, as both parties look to drive school swimming forward in the future.

The Olympians celebrated the occasion dressed in Victorian costumes and were joined by 125 school pupils from the local area to take part in a Victorian-style school swimming lesson, as they experienced both Victorian and modern day swim teaching methods with the help of some of Britain's finest aquatic athletes including Adam Whitehead, Craig Figes, Vicki Lucass, Adele Carlsen and Fran Clayton.

"Today's event has given the school children a very memorable swimming lesson as they got a sense of how Victorian children learned to swim, before learning a variety of new skills from some of Britain’s best athletes.” said Becky. "Swimming is such a wonderful life skill and I think every child should have the chance to learn to swim, which is why I created my own swimming programme in 2013, and it is fantastic we are now working with Everyone Active to raise awareness of the importance of school swimming.”

The event also coincided with the release of the ASA’s 2015 School Swimming Survey, which shows the current standard of primary school swimming. The new figures suggest there is still a long way to go to improve school swimming lessons in England:

·         Only 52 per cent of children aged between 7 and 11 are able to swim 25 metres unaided, despite it being a Key Stage 2 national curriculum requirement.

·         33 per cent of parents are unaware of their child’s progress or ability regarding water safety and swimming, and only 17 per cent of primary schools communicate with secondary schools regarding a pupil’s swimming ability.

·         20 per cent of primary schools are using the Sports Premium to support school swimming, a Year on Year increase of two per cent.

In light of these results, Rebecca Adlington, Mark Foster, Steve Parry, Tracey Crouch and Jon Glenn - Head of Learn to Swim at the ASA – took part in a discussion and gave their views on the opportunities and importance of school swimming and why it must be safeguarded for Britain’s children.

Plans to help raise awareness of school swimming during the year will include Everyone Active and Becky Adlington’s SwimStars working in partnership to raise attainment, including launching a School Swimming National Awareness Week in February 2015 and the ASA’s ‘Biggest School Swimming Lesson’ in the spring.

Adam Paker, ASA Chief Executive, said: “Today’s school swimming survey results show there has been very little change in the number of primary school children who are able to swim the national curriculum requirement of 25 metres unaided. Swimming is such an important lifesaving skill and gateway sport that it must remain a priority for schools. We all need to work together to ensure that schools have access to high quality swimming provision so that all children learn to swim and are able to continue to enjoy the water throughout their lives.”

Jacqui Tillman, Group Swim Manager for Everyone Active, which runs an award-winning Learn to Swim programme across its 117 leisure centres in the UK, said: “As important as it is to celebrate just how far school swimming has come over the past 125 years, the latest statistics from the ASA also show that we still have a lot of work to do to get children and adults more engaged in swimming.

“This event has helped to re-emphasise this and our priority is to ensure swimming does not continue to be overlooked. Not only does swimming bring health and sporting opportunities for people of all ages and abilities, it is also an essential life skill and we must continue to keep lessons at the forefront of our minds.” 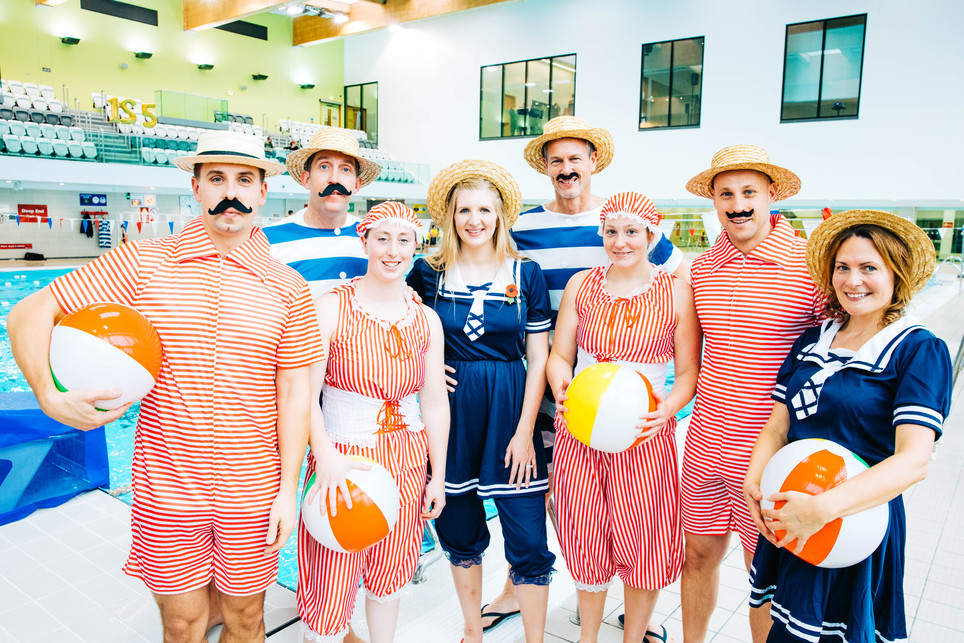