Home / We wish local Bury boy, James Guy all the best for Rio!

We wish local Bury boy, James Guy all the best for Rio!


Here at Total Swimming we’re getting very excited about Rio! We will be cheering on Team GB all the way and keeping a close eye on James Guy.

James and our director Steve Parry go back a long way, as you can see from the photo below. That photo was taken when James was a 9-year-old lad meeting Steve in a masterclass session in 2005. 10 years later it was his mum who posted the photo online after her son had just won gold in the 200 metre freestyle at the World Championships in Kazan.

Now James is looking to emulate or maybe better ‘The Boss’ on the Olympic stage, and Steve certainly hopes so.

“It was a very special moment when James touched first in the 200 metres. I’ve followed his progress right through his career right from the junior levels until the present day.

It’d be an amazing achievement if he could get a medal in Rio, and I was there to commentate on the final with BBC 5Live, what a story that’d be.”

We are holding FREE taster lessons during the Olympics so your child can try out the Total Swimming experience, check them out here:  http://www.totalswimming.co.uk/swimming-events-taster-lesson 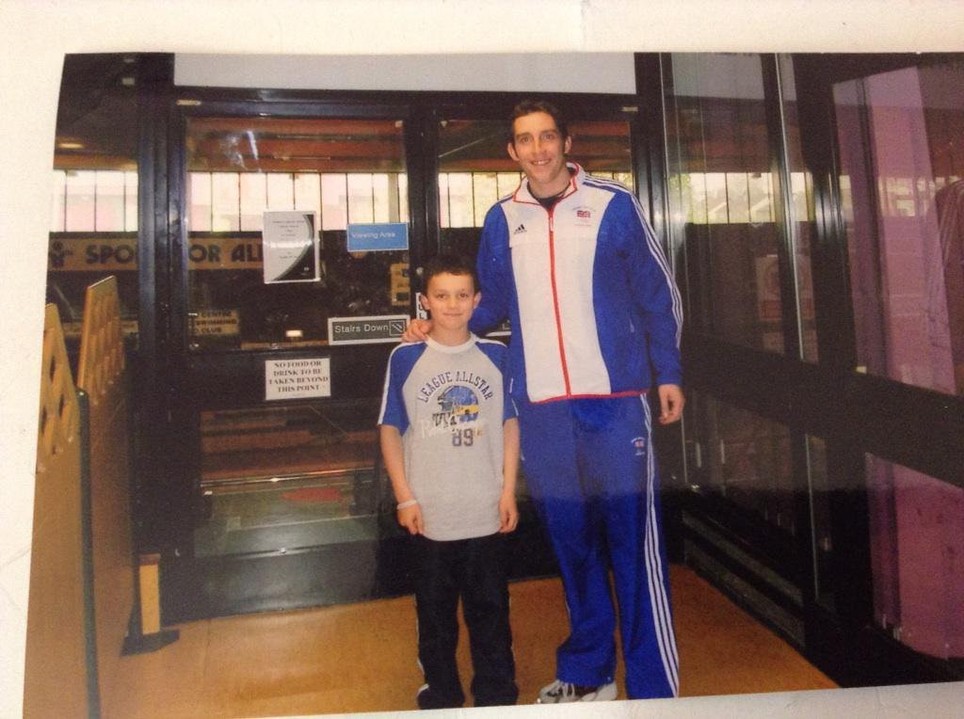