In the second part of our interview with Steve Parry, Olympic bronze medalist in 2004 and founder of Total Swimming, we look at Steve’s mentality approaching the races, what it was like to win a medal, how he celebrated and the all-important question, where he keeps his medal!

Did you think going into the Olympics that you could win a medal?

Going into the tournament I believed I had a real chance, it’s what you train your entire life for, so if you didn’t think you could win something you wouldn’t be training on Christmas Day and every other day of the year.

The real test is when you’re trying to get to sleep at night and the demons come in. You start to wonder; can I really beat all of these guys??

I’m a very positive person but that was always tough.

The first time I truly believed I could win a medal was when I qualified fastest for the final. Truth be told I thought I was going to win the gold!

What was it like to actually win a medal?

Everyone thinks it’d be euphoria but it wasn’t, it was relief!

The pressure you put on yourself is huge so to achieve what you have worked for is fantastic.

There was even more pressure in 2004 as GB hadn’t picked up any medals that year and the press were getting on our backs. So to win a medal was fantastic.

Over time that relief turns to pride and you gain more perspective and you start to realise that very few people are part of this club.

Where do you keep your medal, on the wall, in your office?

Actually I just keep it in my sock draw. Very rock and roll, I know!

How did you celebrate after winning your medal?

I actually went to the McDonalds in the Olympic Village and managed to consume 7 and a half cheeseburgers!

I also persuaded people to have a bit of a beach party but when I was trying to get people in the sea I stood on a sea urchin.

In the next few days I missed a mandatory training session with my friend Adrian Turner to watch the rowing. We got away with it though because James Cracknell is Ade’s brother in law. 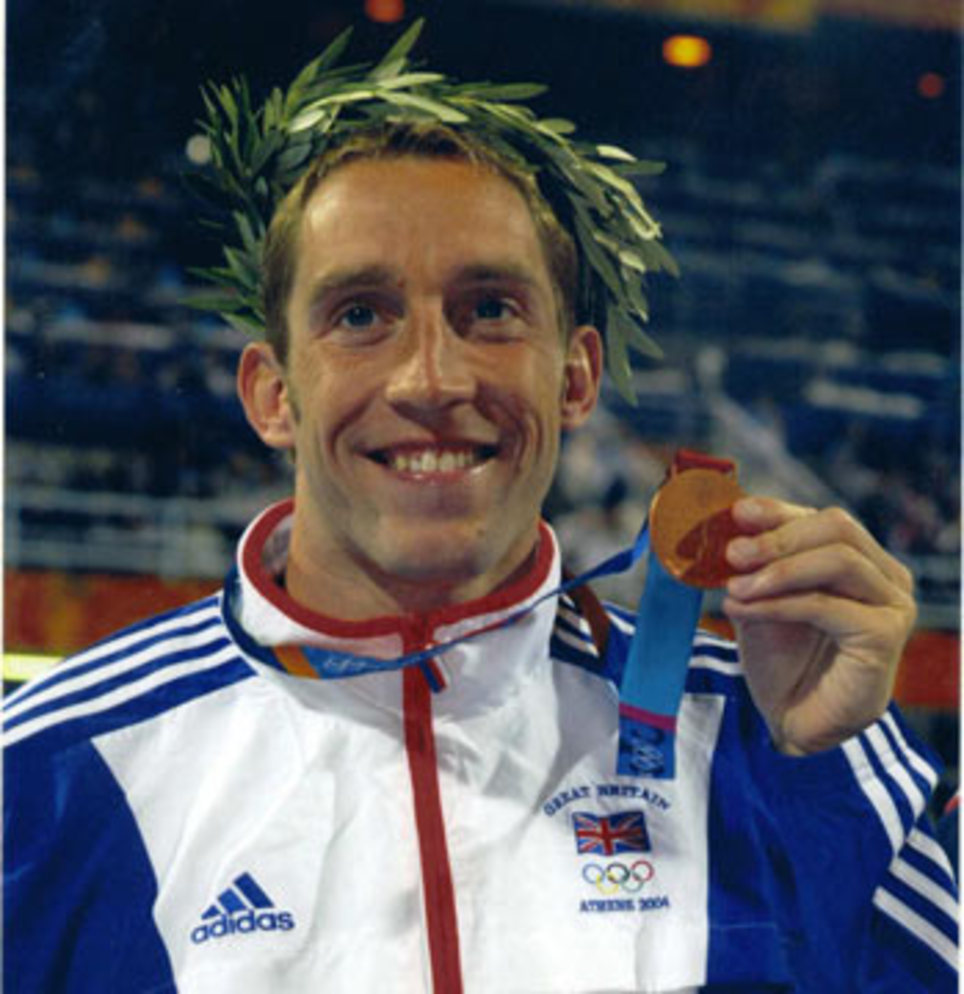