Swimming is the only sport that can save your life, yet a recent report from the Curriculum Swimming and Water Safety Review Group concluded that pressure on timetables meant one in 20 primaries didn’t offer any swimming lessons at all, and one in three primary school leavers couldn’t swim.

“My son, Sam, doesn’t start lessons until Year Three, when he’s seven,” said Rachel, anxiously watching her son on Walberswick Beach. “I’ve paid for him to learn privately, but many parents can’t afford that: it should be a ­regular part of the timetable.” 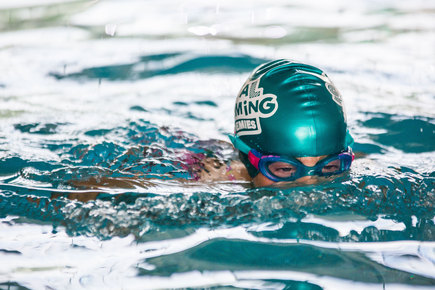 Grandparents David and Gill, anxiously scurrying after five-year-old twins, agreed. “At their age, we knew how to swim – we even had swimming galas – but they haven’t been taught and we can’t take our eyes off them for a minute. And the worst thing is, they’re fearless!”

Steve Parry, bronze medallist in the 200m butterfly at the 2004 Olympics, says learning to swim is “an essential skill”. He warns: “Water safety cannot be treated as an optional extra.”

A lack of awareness can be fatal. The RNLI warns that 300 swimmers die each year from “cold water shock” – when the heart rate accelerates as the inexperienced plunge head first into open water, where temperatures are often half those of a swimming pool.

In Britain, sea temperatures rise from perishing to merely bracing in summer; but many are fooled by the sunshine into thinking that they will be diving into a warm salt-water bath. Not so. Our coastal waters are not like the Pacific or the Med, although swimming in the sea abroad is not necessarily safer. Last month, a 47-year-old man from Powys died in southern Italy after trying to rescue his 11-year-old daughter from strong currents.

Every summer weekend, the beaches are crammed with “Nippers Club” learning sea safety. Parents form a horseshoe out at sea and the children are guided around, experiencing the ­Pacific waves in safety.

Here, we are taught road safety from a very early age, yet few of us have ever been offered advice on sea safety ­before going for a swim. Perhaps it’s time for a rethink?

This article has been taken from The Daily Telegraph, and you can read it in full here